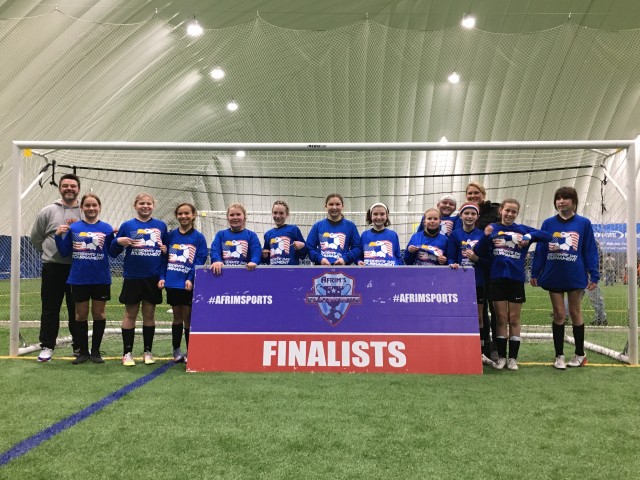 Runner up honors for the U12 Girls!

The BSC U12 Girls Eagles entered the Afrims President’s Day Cup for the first competitive tournament of the season. The 9-team blue division featured quality teams from across NY and Connecticut. The Eagles finished group play with a 3-1 record (wins against Plattsburgh FC, Latham Circle SC, and Alleycats) which earned them a spot in the 4-team playoff. The Eagles would play the 1 seed Strikers (Connecticut)-the team that previously beat them in group play.
The Eagles worked their socks off for a thrilling 2-1 win and a trip to the finals.
While they were unable overcome BC United in the final, the young eagles team came away with smiles all around and a well-earned 2nd place finish.
External links are provided for reference purposes.Bethlehem Soccer Club is not responsible for the content of external Internet sites.
CopyrightBethlehem Soccer Club All rights Reserved. Privacy Notice
Sports League Management Software bySportsSignUp Play